Why we shall not trust documentaries! 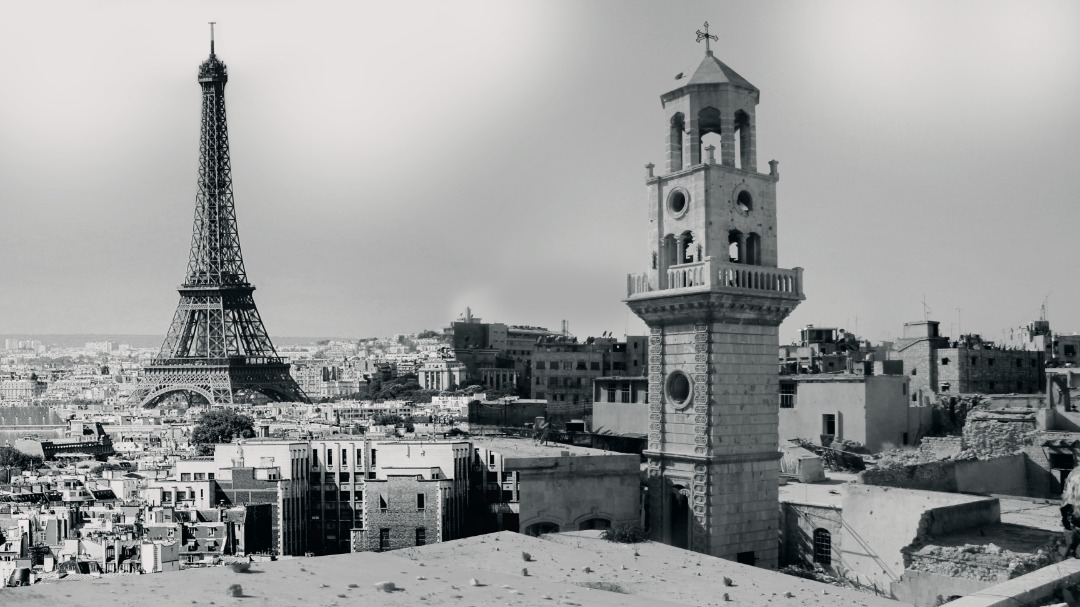 In twenty-first-century It is very common for us to use a video as evidence in courts, and it certainly is possible. maybe because of this reason the behavior of people in front of cameras changed. The video will let the subject be judged several times. This very important fact also makes the camera the eye of the law, and will make resistance to bare truth in documentaries. Through filming I heard this sentence so many times. “turn off the camera, is it off? ok, what I’m going to tell you should not be recorded because it can cause trouble for me”. I deeply believe in this thing that the mentioned sentence is exactly part of the truth which is always hidden.

It has been a long time that I can see people show at least two completely different behaviors, one is at the presence of the camera and the other is when there is no camera! before shooting starts and a red circle appears on the screen, everything is in its way, but exactly at the moment when recording starts, everything changes. Usually, the first change happens in appearance such as making tie straight or making fake smiles. and when the shooting starts you can hear how the person changes his voice. When the pause bottom is pressed, everything returns in the way it was! Cameras are like magical sticks they do magic and change the world around them. this is the experience that every documentary filmmaker has been through it.  the camera acts as a catalyzer into the environment and every tiny reaction in front of the lens will be affected by it. It gets scary when you find out that nowadays according to Samsung announcement that at least 2.5 billion people around the globe have a digital camera. Because of that even People’s behavior in public has been changed. One of the most prominent changes is at concerts and sports events. If you have been in an event, you might have confronted with a forest of arms holding cameras.

you can see the effect of this camera even in early documentaries such as The Photographical Congress Arrives in Lyon by LUMIERE Brothers. when the passengers were trying to get off the ship you can see how they look at the camera and take their hats off to say hello or even hands for the cameraman.

2.Aleppo syndrome
Before my trip to Syria to make my new documentaries, I watched so many Documentary films about Syria. when I get there, I was shocked I discovered nothing was like what I had expected. as you already experienced, When you travel the first thing you notice is that the place doesn’t look like what already media showed to you! it doesn’t matter if it’s going to be a war-torn city like Aleppo or beautiful Paris, you will definitely be shocked! maybe this fact can explain the illness of Paris Syndrome!

Let’s see how does Wikipedia explain this very special syndrome
“Paris syndrome is a condition exhibited by some individuals when visiting or going on vacation to Paris, as a result of extreme shock at discovering that Paris is different from their expectations”

Expectations
How has this expectation already been created ?!
Media in all types is the answer. Doesn’t matter if it is going to picture our movie or documentaries. Nowadays every person in this world believes that they can see and watch the real world by their Smartphones, But the real world is much different from the virtual world. Paris in Media is one of the most beautiful cities in the world! but can we see all of Paris when we are looking at a picture of it? or it’s just part of this city that has been shown to us?

Discovering
Discovering will happen when individuals find out that reality is not what has been shown to them. and they only observed a few facts of this big city and there is a lot more to discover. The reality was far from what was simulated to them in the virtual world, this is the heat point of Paris Syndrome when individuals finally understand that all the data which has been filled in their brains by the media is not trustable.

Rectangle Frame of a picture or even a motion picture is limited, doesn’t matter how hard the cameraman tries, it is a limited frame and it is recording only a part of reality. Filmmakers have to decide what to record and they will miss some big important parts of the story in their frames. there is part of reality or truth that stays hidden until finally an individual discovers it and gets shocked. It was the exact thing happened to me when I arrived in Aleppo, I got Aleppo syndrome. and I understood it doesn’t matter how hard I try or how many documentaries I make, I can’t show anybody how Aleppo looks like.

3.“History Is Written by the Victors, not the history writers”

Documentary film making is a kind of writing history nowadays. Although books are still an important part to save history, but still when you read a book you have to imagine it against pictures!
Pictures save every tiny detail and publish it exactly in the same way.

pictures give you certain answers and will forbid you to imagine how history was.  This certainty makes benefit for pictures and makes it more trustable than books, maybe that is why after Auguste and Louis Lumière recoded picture of a train passing throw train station, cinema became a new medium to record and save the history.

If we agreed on the previous paragraph we can say documentary filmmakers are like modern history writers. when some things happen such as war or a storm, filmmakers put their life at risk and will go in the heart of the happening to record that particular moment and save history of mankind on earth, but they cannot record and publish all dimensions of the truth that they want.

let’s make it a little bit clear. A documentary filmmaker is facing lots of limitations through his work to save and show bare truth or reality which can be both software and hardware limitations. I was a documentary filmmaker with an experience of more than a decade can tell you that the media will use censorship to deny part of reality that they don’t like, in both production and postproduction stages.  it doesn’t matter if you are living in the united states of America or the Islamic Republic of Iran, all over the world, governments do the same.
for example in Iran as a documentary filmmaker, I’m not allowed to show women without the hijab, all the women in all kinds of media and pictures shall have hijab due to the order of  The Ministry of Culture and Islamic Guidance. But we all know there are a lot of women in Iran who don’t like and don’t use hijab but as a documentary filmmaker I’m not allowed to record and show this part of reality, and if I do anything against the rules I can be sentenced to jail or even whiplashed!

The ministry of culture and Islamic guidance is responsible for restricting access to any media that violates Islamic ethics or promotes values against the Iranian revolution. In Iran for the importation and exportation of the motion picture, cinematographic and television films, audiotapes, phonographic discs, books, and other publications, brochures, pamphlets, commercial advertisement products, business catalogs, pictures, gravures, paintings, licenses are required to be obtained from the Ministry of Culture and Islamic Guidance. In addition, the ministry is one of the governmental bodies that are responsible for exporting the Islamic revolution. I’m sure you can find the same ministry with different name and aim all over the world, a limitation for filmmakers begun with a region or the country they live in, and governmental rule of the region. we shall accept that media are in control of governments. so even if you make your documentary as you like you won’t have much chance into the publishing part. governments control media and make fake pictures of themselves and their countries.

4. How do they control the media?

we all know documentary films are not a good idea to invest your money and its fact, usually documentary filmmakers have problems getting financial found, as a result of minimum returning of investigation. but, investors usually aiming something more than money!
the film company, investor, and producers are parts of the limitation puzzle. they need fake pictures to advertise and sell something that is not existing! We already talk about Paris syndrome; imagine you are watching a tourism documentary about India. this kind of video director is not allowed to show how poor Indian life is. Instead, they make everything looks better in pictures, before governmental censorship, its investor that decide what to show and how to show, investor or in another word the owner of the films ask directors to make the simulation of reality in the way they need. and if you don’t like it, they will point the exit door to you as I already experience it several time.

These were some of the limitations that documentary filmmaker is facing before and after production but still, production has its own limitation witch filmmakers trying to solve it by staging. “Nanook of the north” is one of the most important historical documentaries ever, Robert Flaherty’s directed this documentary. It was first shown to the public in New York City and then around the world in the summer of 1922. It caused an immediate sensation with its real-life depiction of the people of Canada’s Far North and their struggle to survive the harsh landscape. It went on to exert considerable influence on the development of documentary films worldwide.

but there is some information about this documentary that we still don’t know! The main characters of this film is a Nanook and his family, Allakariallak, who played Nanook, became internationally famous, he was chosen for the film because he was the best hunter in the district, but the 2 women playing his wives were not his real wife, nor were the 2 children of his. This fabrication goes to the heart of the most persistent criticism of the film–that Flaherty staged many of the scenes of Inuit life. One of the film’s famous sequences shows the construction of an igloo. To shoot inside the structure, a second igloo had to be built with a wall removed to accommodate the camera and operator. An equally famous scene is the seal hunt, with Nanook patiently standing over a hole in the ice with his spear at the ready. Close viewing of the cuts makes it obvious that this scene was also staged. If this documentary has been staged how can it be documentary and be accepted as truth and reality of history? As it becomes clear that even the most important and oldest documentary uses staging, can we trust that they didn’t add or remove anything Nowadays? “The history is written by victories” still is the true word it is obvious that it is writing or in another world Staging by Victories.

The world as we know has three dimensions of space—length, width, and depth. But there is a possibility that many more dimensions exist out there like time; documentaries are not exception in this case. we shall consider documentary dimensions before accepting them as bare truth.