A Pair of City 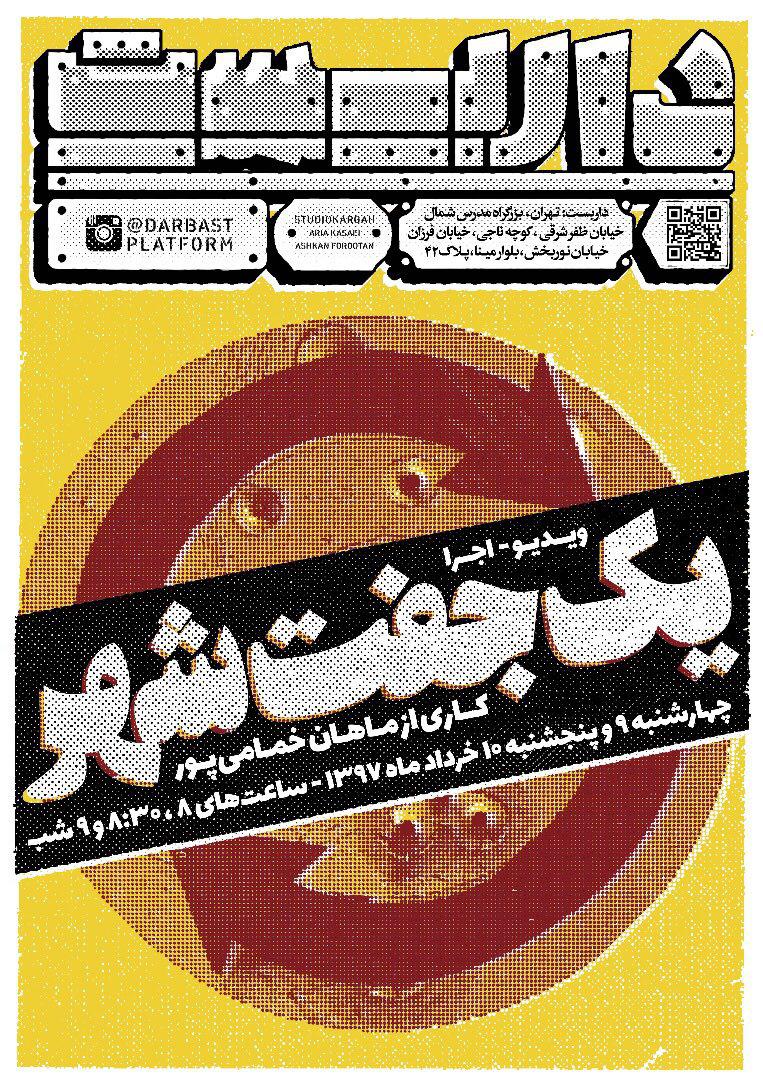 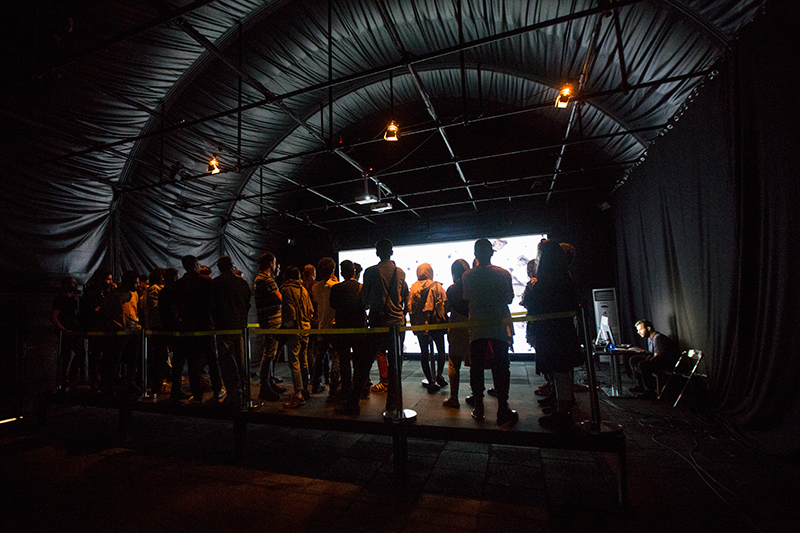 A pair of cities is a short video performance, accompanied by music, which was performed at Tehran.

A pair of cities is a short video performance, accompanied by music, which was performed at Tehran.
The arrangement of Darbast platform for this video performance is designed in way to have screens on both side of the hall The audience (observers), after climbing
Two steps, which indicate the height difference of the ground, enter the hall and move along a linear path, contained by bars. They are then led to the far end of hall.
Erratic countdown has begun on both display screens and audience, after positioning on central stage, go face with a flood of images, which pass in front of and even behind them. This is only one part of process. This two screens show a set of completely different images.
Two screen are in front of each other so audience only can see one of two image at same time. In this way at one time you can only watch half of this video performance. audience will get half of story and they have to fill free spaces with their own dreams or nightmare. in other hand in this way audience know that they only seen half of all the performance and its leave them with even more question and somehow it’s another invitation for watching the sides you missed
“A Pair of city” is more performance and less a video. the important part of this video performance are audiences they decide what to or not watch and they editing the video live in their mind. it is the judging scene it is to be passive and observer only. during the video people’s heads continuously and with inquisition turns from one side to the other it is as if they are agitated for not finding what they look for, just like man’s confrontation with any form of catastrophe. This video performance “A Pair of city” confronts the audiences immediately with collective experience of war, destruction, and calamity.

In the last day of my journey to Syria, and after filming in Damascus, Aleppo, and Palmyra, I encountered an afghan Warrior. “each image only shows one side of story, to have all – inclusive picture, one most see both sides” the warrior told me. all I have tried to achieve is to share a feeling after talking with fighter to fathom thoroughly there is need to see again.